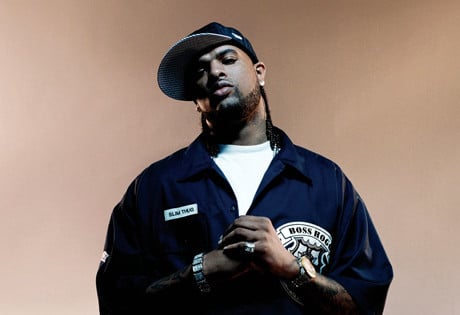 Look no further than WeddingEntertainment.com! We make it easy and stress-free to check availability and pricing for booking Slim Thug or any other act in the business. With over 26 years of experience in the industry, we have booked and produced thousands of events for clients worldwide.

The rapper known as Slim Thug was born Stayve Jerome Thomas in 1980 in Houston, Texas. Slim Thug rose to fame after his collaboration with Mike Jones on the hit single “Still Tippin,” but long before that he learned to rap as a teenager, performing frequently at high school parties. In the late 1990’s, he began a solo career with Swishahouse, the Houston-based independent rap label, but soon Slim Thug realized he could make far more money with mixtapes and hopefully a deal with a larger record label.

Slim Thug began shopping his mixtapes and quickly garnered significant attention. He signed with Interscope Records and released his debut, Already Platinum, in 2005. The album rose to the very top of the mainstream charts and spawned the hits “3 Kings,” “Incredible Feelin,” and “I Ain’t Heard of That,” the latter of which featured Bun B and Pharrell. Since that time, Slim Thug has released the albums: Boss of All Bosses (2009), Tha Thug Show (2010), and Boss Life (2013.) The albums have given audiences the additional hits: “Wood Grain Wheel,” “I Run,” “Thug,” and “So High.”

In addition, Slim Thug has appeared on a number of songs by other artists, as a featured performer, such as: “Luxurious” (with Gwen Stefani); “Check on It” (with Beyonce); and “Wamp Wamp (What It Do)” (with Clipse.) Slim Thug continues to perform and record, and has plans for his next album release in the coming years.