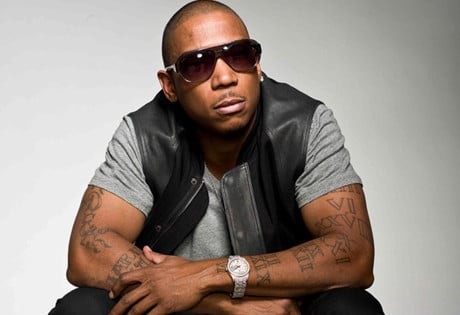 Look no further than WeddingEntertainment.com! We make it easy and stress-free to check availability and pricing for booking Ja Rule or any other act in the business. With over 26 years of experience in the industry, we have booked and produced thousands of events for clients worldwide.

As the flagship artist for producer Irv Gotti's Def Jam-affiliated Murder Inc. label, Ja Rule became one of the rap industry's most commercially successful artists during the early 2000s, working closely with the hitmaking producer and his stable of talent. Born Jeffrey Atkins on February 29, 1976, in Queens, NY, Ja Rule established himself with Venni Vetti Vecci (1999), a hardcore debut album similar in style to the rugged thug rap then popularized by DMX and the Ruff Ryder collective. On his second album, Rule 3:36 (2000), he began collaborating with female R&B singers, and a string of radio-friendly hits resulted ("Between Me and You," "Put It on Me," "I Cry"). Pain Is Love (2001) followed the same template, serving up a few rap-R&B hybrids for the singles ("I'm Real," "Livin' It Up," "Always on Time," "Down Ass Chick") and filling out the album with hardcore rap. Throughout the summer of 2002, Ja Rule was at his most popular, featured on not only his own hits but also as a featured guest on Fat Joe's "What's Luv?" and Mary J. Blige's "Rainy Dayz." Near the end of the year, he released his fourth album, The Last Temptation (2002), which again paired him with R&B vocalists for its singles, this time with Bobby Brown ("Thug Lovin'") and Ashanti ("Mesmerize"). Ja Rule began to be mocked by 50 Cent around this time, and beefs ensued between the two rappers' camps; for instance, over the beat of 2Pac's "Hail Mary," 50 Cent teamed up with his associates Eminem and Busta Rhymes for a stinging mixtape freestyle dissing Ja Rule and Irv Gotti. Increasingly susceptible to the criticism as his music fell out of public favor, Ja Rule returned with as much vengeance as he could muster for Blood in My Eye (2003) and R.U.L.E. (2004). Though the latter spawned a Top Five hit single, "Wonderful," a rap-R&B hybrid featuring R. Kelly and Ashanti, both albums were met with general indifference, becoming the first of Ja Rule's albums to fall short of platinum certification. Exodus (2005), a best-of collection, brought Ja Rule's tenure with Def Jam to a close. From 2005-2007, as Irv Gotti's Murder Inc. operation fell into shambles, Ja Rule was quiet; he charted no songs on the Billboard Hot 100 during this time period. Toward the end of 2007, he attempted a comeback, first with "Uh-Ohhh!"; featuring Lil Wayne, who was perhaps the hottest rapper of the moment, the song nonetheless stalled at number 106 on the Billboard 200. A couple other singles ("Body," "Sunset") also failed to garner significant airplay, and the planned November 2007 release of The Mirror was pushed back indefinitely.