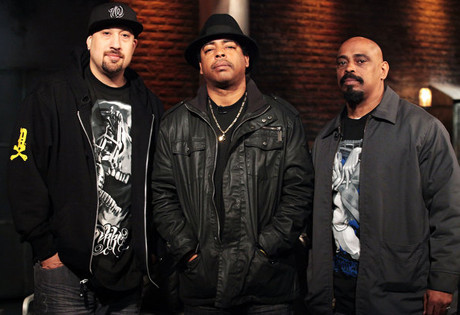 WeddingEntertainment.com makes it easy and trouble-free to check availability and pricing for booking Cypress Hill or any act in the business for your wedding. If we don't book an act for you, our service is free. For over 26 years we have booked and produced thousands of events for our clients worldwide. We can also handle everything necessary to produce the show for one all-inclusive price so there are no surprises. Simply fill out an entertainment request form and a booking agent will contact you to discuss the possibility of booking entertainment for your wedding.

The American hip hop group known as Cypress Hill was established in California in 1988. When Ulpiano Sergio Reyes and Senen Reyes met up with Lawrence Muggerud and Louis Freese, they initially formed the band DVX. But after Ulpiano Serigo left to pursue a solo career, the trio regrouped and renamed themselves to Cypress Hill, recording the earliest demos in 1989.

The demos caught the attention of Columbia Records, attracted to Cypress Hill’s unique sound and groundbreaking status as among the earliest Latino-American hip hop groups. The band’s self-titled debut was released in 1991 and spawned the singles “Latin Lingo,” “The Phuncky Feel One,” and “Hand on the Pump,” which received significant airplay and led to Cypress Hill’s inclusion at the Lollapalooza festival of 1992. Cypress Hill’s sophomore effort, Black Sunday, fared much better, rising to the top of the mainstream charts upon its release in 1993. The album featured the crossover hit “Insane in the Brain,” sending Black Sunday to multi-platinum status and launching a career which has lasted well into the new millennium.

Cypress Hill continues to perform and record with the current lineup of Louis “B-Real” Freese, Senen “Sen Dog” Reyes, Lawrence “DJ Muggs” Mugerud, and Eric “Bobo” Correa. The group recently released their much-anticipated next album, Elephants on Acid, in 2018. In 2017, fans of the Netflix show Narcos also heard the band’s hit “Ain’t Going Out Like That” featured as a trailer soundtrack for the series.